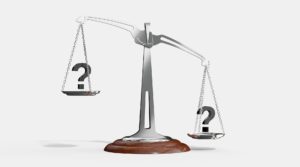 Some of you may be familiar with the terminology here, some maybe not. But you’ve all probably heard about the age-old argument it embodies.

Does someone ‘have autism’, or are they ‘autistic’?

In this world of political correctness, it is completely understandable to want to say the right thing. To not cross some kind of invisible line which may cause offense.

Both sides of the argument can present their ideas well, and both sides make some good points.

‘Person first’ essentially means that you refer to someone as ‘having autism’. For example, ‘my son has autism’. Parents and non-autistic advocates often use this, because they don’t want their child defined by their autism. The want the language people use to refer to their child to reflect that their child is a person, not simply a condition or a disorder.

‘Identity-first’ means that you refer to someone as being ‘autistic’. For example, ‘my son is autistic’. See the difference? It’s slight, but there is a difference, and it has caused a rift through the disability world with people feeling incredibly strongly about it coming down on both sides.

The reason for this is that they see their autism as part of their identity. It is a part of them, just as their hair colour, or their nationality. They feel that using the person first terminology makes it sound like autism is a bad thing, that it is something they ‘have’, like a disease. It separates them from their autism in a way that just cannot be done. Their autism is a part of their personality. It is how they are, and without it they wouldn’t be them any more.

Some are quite offended by the suggestion that, without using person-first terminology, people would ‘forget’ that they are actually people, and need to be reminded using words of their humanity! Looking at it like this, it is clear why there are some strong opinions.

Some, simply, do not care. They openly admit to referring to themselves in both ways, and don’t really see what the fuss is about.

Others still have a preference, but don’t feel strongly about it enough to become offended if referred to using different terminology.

Most would agree that the worst thing that could happen as a result of this argument over terminology is for people to simply stop talking about autism. Stop talking about people on the spectrum for fear of using the wrong words and offending someone. That would be the real shame, and that would cause the real damage.

As for advise about what terminology to use, the simplest answer is to simply ask the person themselves. Everyone on the spectrum is different, just like everyone not on the spectrum is different. Each of them will have their own preferences, for their own reasons. And it’s extremely likely that they would become upset or offended by you simply asking how they would like you to refer to them.

As a general rule though, if you’re not talking about someone in particular, or if there is no opportunity to simply ask them, we would tend to advise you to use the terminology that most autistics seem to be more comfortable with – that it, Identity-first. So the person is autistic, rather than ‘has autism’.

At the end of the day, it is largely personal preference for the individuals it affects. As neurotypicals, what rights  does anyone have to fight on their neurodiverse peer’s behalf without actually finding out what they prefer?

You can find out more about which cookies we are using or switch them off in settings.

This website uses cookies so that we can provide you with the best user experience possible. Cookie information is stored in your browser and performs functions such as recognising you when you return to our website and helping our team to understand which sections of the website you find most interesting and useful.

Strictly Necessary Cookie should be enabled at all times so that we can save your preferences for cookie settings.

PHPSESSID
The PHPSESSID cookie is native to PHP. It enables websites to store serialized state data. This service is mostly used for website development. PHP is not considered to act as a second or third party. Find out more about this cookie from https://cookiedatabase.org/cookie/php/phpsessid/

wc_cart_hash_#
The wc_cart_hash_# cookie is placed by Woocommerce. Its functionality is to store items in your shopping cart. This service is mostly used for webshop management WooCommerce is not considered to act as a second or third party. The privacy statement for Woocommerce is available here: https://automattic.com/privacy/

wc_fragments_#
The wc_fragments_# cookie is placed by Woocommerce. Its functionality is to help enable the checkout process. This service is mostly used for webshop management WooCommerce is not considered to act as a second or third party. The privacy statement for Woocommerce is available here: https://automattic.com/privacy/

__stripe_mid
Cookie is placed by Stripe. Its functionality is to provide fraud protection. Data stored with this cookie is retained for 1 year. This service is mostly used for payment processing Stripe is considered to act as a second-party. View Stripe's privacy policy here: https://stripe.com/gb/privacy

__stripe_sid
Cookie is placed by Stripe. Its functionality is to provide fraud protection. Data stored with this cookie is retained for 30 minutes. This service is mostly used for payment processing Stripe is considered to act as a second-party. View Stripe's privacy policy here: https://stripe.com/gb/privacy

CookieConsent
Stores the user's cookie consent state for the current domain. Data is collected by CookieBot, and retained for 1 year. This service is mostly used for cookie consent management CookieBot is not considered to act as a second or third party. CookieBot's Privacy Policy is available here: https://www.cookiebot.com/en/privacy-policy/

https://q.stripe.com/
This cookie is necessary for making credit card transactions on the website. The service is provided by Stripe.com which allows online transactions without storing any credit card information. Data stored with this cookie is retained for the duration of the session. This service is mostly used for payment processing. Stripe is considered to act as a second-party. View Stripe's privacy policy here: https://stripe.com/gb/privacy

If you disable this cookie, we will not be able to save your preferences. This means that every time you visit this website you will need to enable or disable cookies again.

NID
Cookie is set by Google.com. Its purpose is to Enable ad delivery or retargeting, store user preferences. The only data stored with this cookie is user ID. Data is stored for a period of 6 months. Google.com's privacy policy can be seen here: https://policies.google.com/privacy

Please enable Strictly Necessary Cookies first so that we can save your preferences!